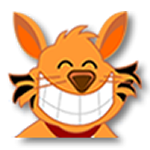 Tom’s Rubbish clearance was started up in 2003 by Tom Francis shortly after he left school. With some help and encouragement Tom went to work asking around in his local area if anyone needed any rubbish cleared.
And so an idea in the mind of a young entrepreneur has been turned into a growing business that continues to grow despite the recent recession. Over the years Tom has seen other rubbish clearance businesses come and go. But it’s not easy dealing with peoples’ waste ethically, responsibly while operating with ever changing European legislation. Now, Tom’s Rubbish recycles over 92% of all rubbish collected.

Tom has been on the radio.

If you missed it here is a chance to hear it again.

Have something to say. Let Tom know!
Feedback

Hello,
I just wanted to thank you for the waste collection from our home on Saturday.
You left the garden looking tidy and much cleaner!
Your service is very reliable and the price is very good when compared to skip hire. You do all of the work loading also which is much easier for the customer.
Many thanks I have already recommended you.
Says:- Jackie and David Hooper

Get a Free Quote »

We are able to go anywhere that a normal car can go, for example narrow driveways between houses and places where there only access is down a narrow lane, because our Nissan Cabstars are only fifteen foot in length and 5 feet wide
But for really big loads we have larger trucks and Grab Crane Lorries on request. 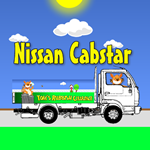 Adam and Larry were friendly, polite, efficient and really nice. It was a right old scrappy lot of junk and they handled it with cheer. Filled up the truck, cleared up after them and off they went. lovely. It feels good to purge!
Says:- Von Icke